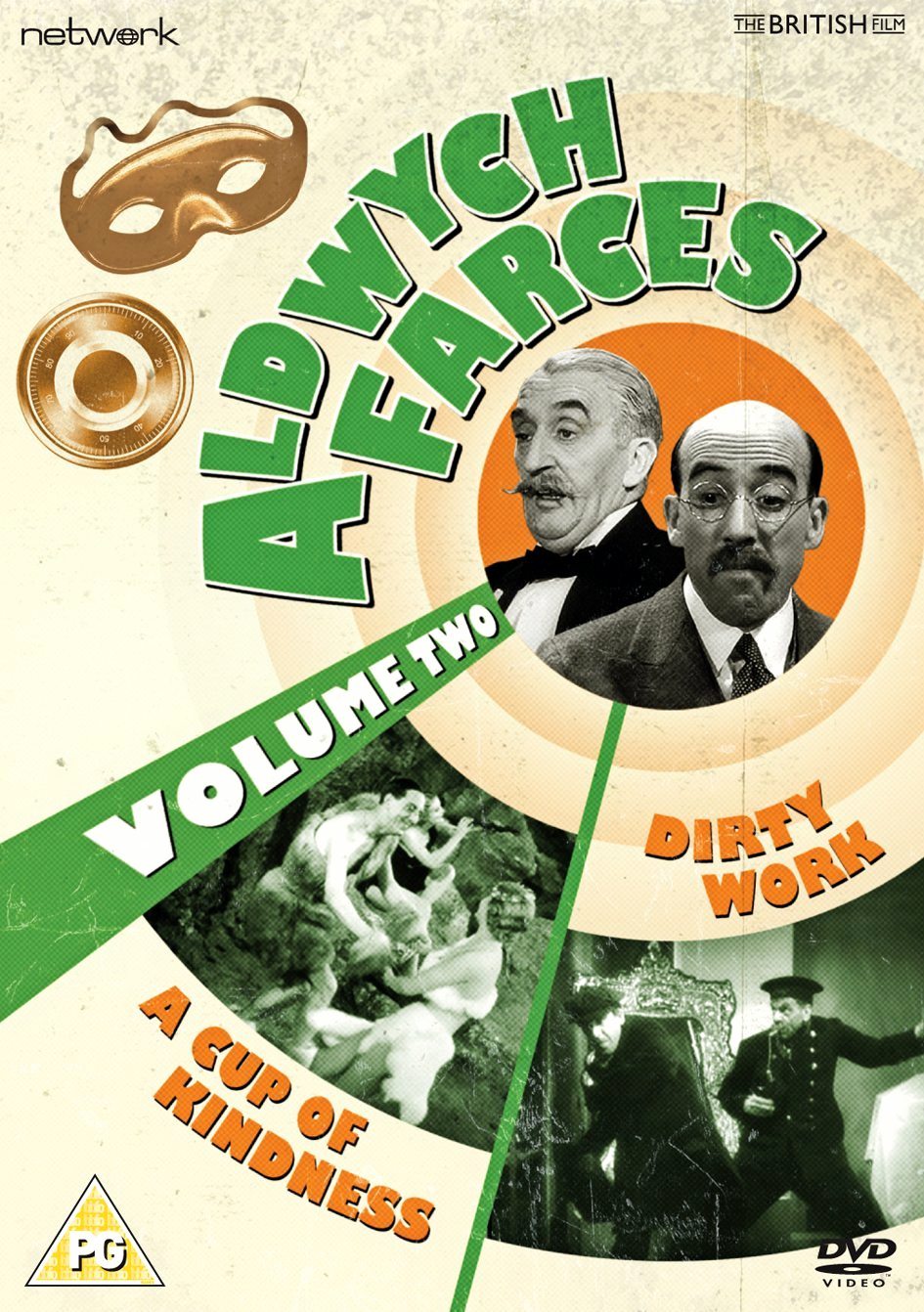 Aldwych Farces Vol 2 DVD from Network and The British Film.

A tale of two feuding families whose offspring cause uproar when they announce their marital plans.

Two assistants at a high-class jeweller’s devise a cunning plan to attempt to catch a gang of jewel thieves.

A series of now-legendary stage comedies from the 1920s and ‘30s, the Aldwych Farces broke theatre Box Office records and made the transition to celluloid with a run of hit films, making stars of Tom Walls, Ralph Lynn and Robertson Hare. Most were penned by leading comic playwright Ben Travers and peopled by a regular cast of silly-ass aristocrats, battleaxe wives and put-upon husbands; nimble wordplay and finely crafted buffoonery were their hallmarks and the public loved them.

Though only ten adaptations were made on film, the influence of these enduringly popular films was great and can be seen in some of the key British comedies from the first half of the 20th century.

This ongoing range will include not only the Aldwych Farces themselves but those films that they influenced. They are presented here as brand-new transfers from original film elements in their original aspect ratio. Aldwych Farces Vol 2 DVD from Network and The British Film.