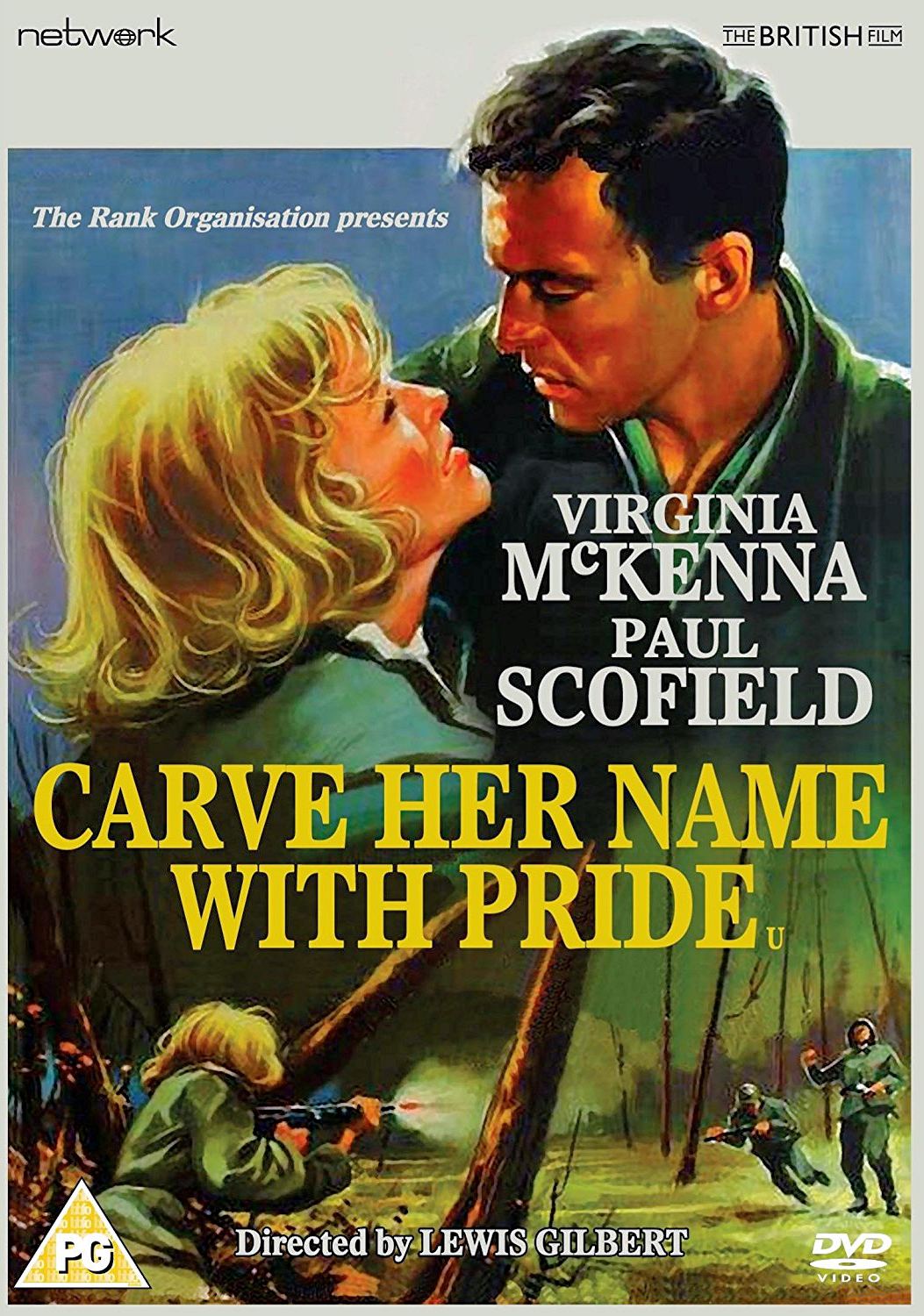 Carve Her Name with Pride DVD from Network and The British Film.

Following her recruitment by the Special Operations Executive, Violette Szabo volunteers to be parachuted into occupied France to re-organise a shattered resistance group. Though successful in destabilising German reinforcements for the battles raging on the Normandy front, Violette knows only too well that the life expectancy of an undercover operative can usually be measured in weeks and months…

Virginia McKenna gives a moving, BAFTA-nominated performance as Violette Szabo, one of the Second World War’s most revered heroines. The dramatic story of her resistance work, imprisonment and ultimate fate, Carve Her Name with Pride stands as a tribute to the secret agent who would be posthumously awarded the George Cross for her vital and courageous role in the fight against Nazism.

Directed by the Oscar-nominated Lewis Gilbert and co-starring Paul Scofield and Jack Warner, this classic feature is presented in a brand-new transfer from the original film elements in its original theatrical aspect ratio. 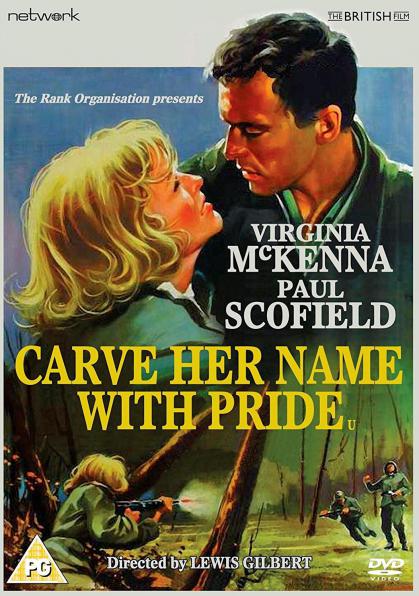 Carve Her Name with Pride DVD from Network and The British Film.