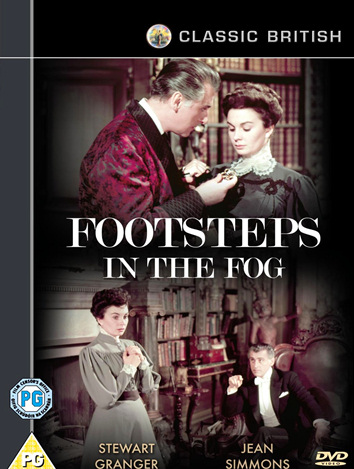 Footsteps in the Fog DVD.

Stewart Granger is the recently widowed Londoner, Stephen Lowry in this lovely little Victorian Noir. His housemaid Lily (played by Jean Simmons) confronts Lowry with the knowledge that the former Mrs Lowry was poisoned, securing herself a better position among the household staff, and eventually, in Lowry’s arms. Eventually, the threat of blackmail is too much for Lowry, and both he and Lily struggle to gain the control of the situation – with fatal results. 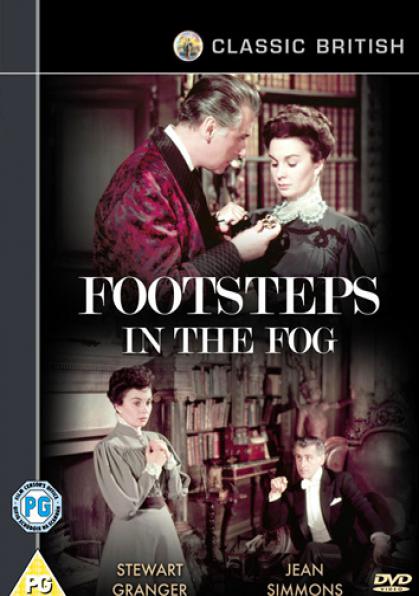 Footsteps in the Fog DVD.