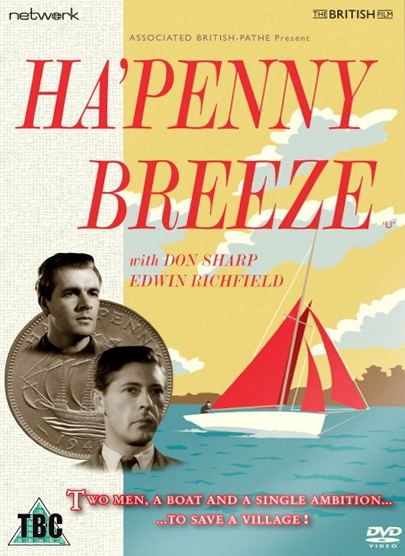 Ha’penny Breeze DVD from Network and The British Film.

Director Don Sharp appears in a rare acting role alongside Interpol Calling’s Edwin Richfield and Welsh actress Gwyneth Vaughan in this heart-warming film charting the endeavours of two friends who are determined to restore the fortunes of a war-weary coastal village.

Filmed in and around the picturesque boating haven of Pin Mill in Suffolk, Ha’penny Breeze is featured here in a brand-new transfer from the original film elements, in its as-exhibited theatrical aspect ratio.

At the end of the Second World War, David and his Australian friend Johnny return to David’s Suffolk village to find the community spent and demoralised. Gradually, however, they gather support for David’s scheme to enter a yachting race with a converted fishing smack. Winning it could prove to be a lifeline for the village… 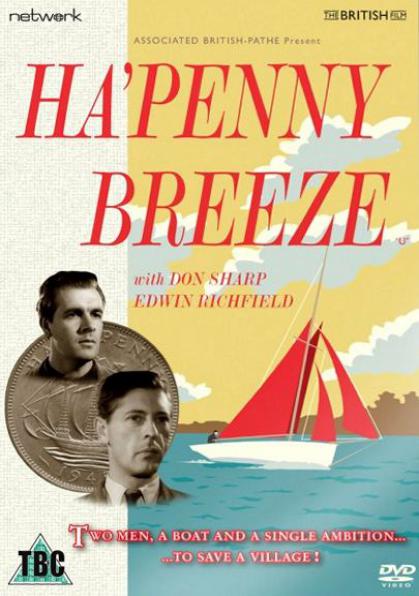 Ha’penny Breeze DVD from Network and The British Film.