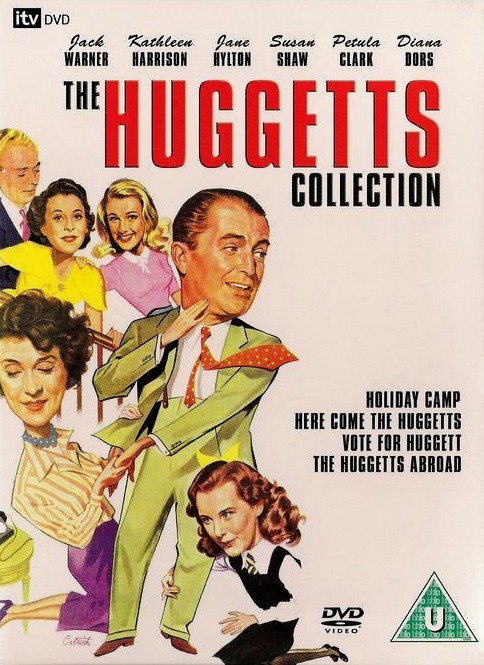 During the immediate post-war years, the Huggetts were undoubtedly Britain’s favourite film family. Unashamedly working-class, the family epitomised the spirit of a united nation relishing simple pleasures with a cheery, down-to-earth smile.

In ‘Holiday Camp’ (1947), the Huggett family’s off on a spot of hols, led by dad Joe (Jack Warner). They arrive at one of Britain’s largest holiday camps and soon find their lives intertwined with those of fellow holidaymakers, Jimmy Gardner (Jimmy Hanley), a 21-year-old sailor jilted at the altar, spinster Esther Harman (Flora Robson) and flashy ‘Binkie’ Hardwicke (Dennis Price).

In ‘Here Come the Huggetts’ (1948), the Huggett family returns in a home grown adventure, as the family is about to have the telephone installed.

In ‘The Huggetts Abroad’ (1949), the Huggett family is down on its luck, as father Joe is unemployed. Son-in-law Jimmy has a job waiting for him in South Africa, but no transport, so the whole clan sets off for the far continent in the car. Along the way they have to cope with a breakdown, a broken compass in the Sahara, diamond smugglers and a spell in prison.

In ‘Vote for Huggett’ (1948), Joe decides to enter the world of politics, causing uproar in his own household and the local community.

The Huggetts Collection contains four comedy films (on four separate discs), which each feature the hilarious antics of the English working-class family, the Huggetts. Titles in the box set include: ‘Holiday Camp’; ‘Here Come the Huggetts’; ‘Vote for Huggett’; and ‘The Huggets Abroad’. 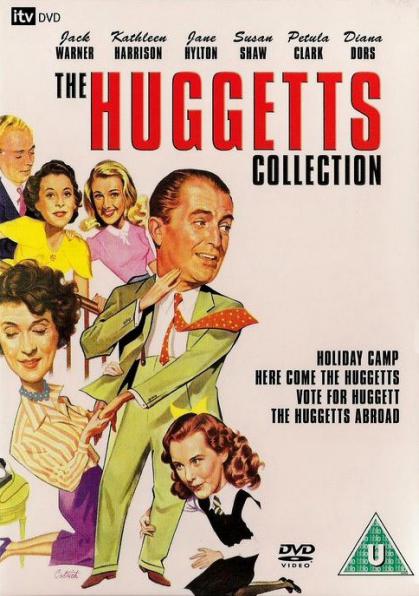