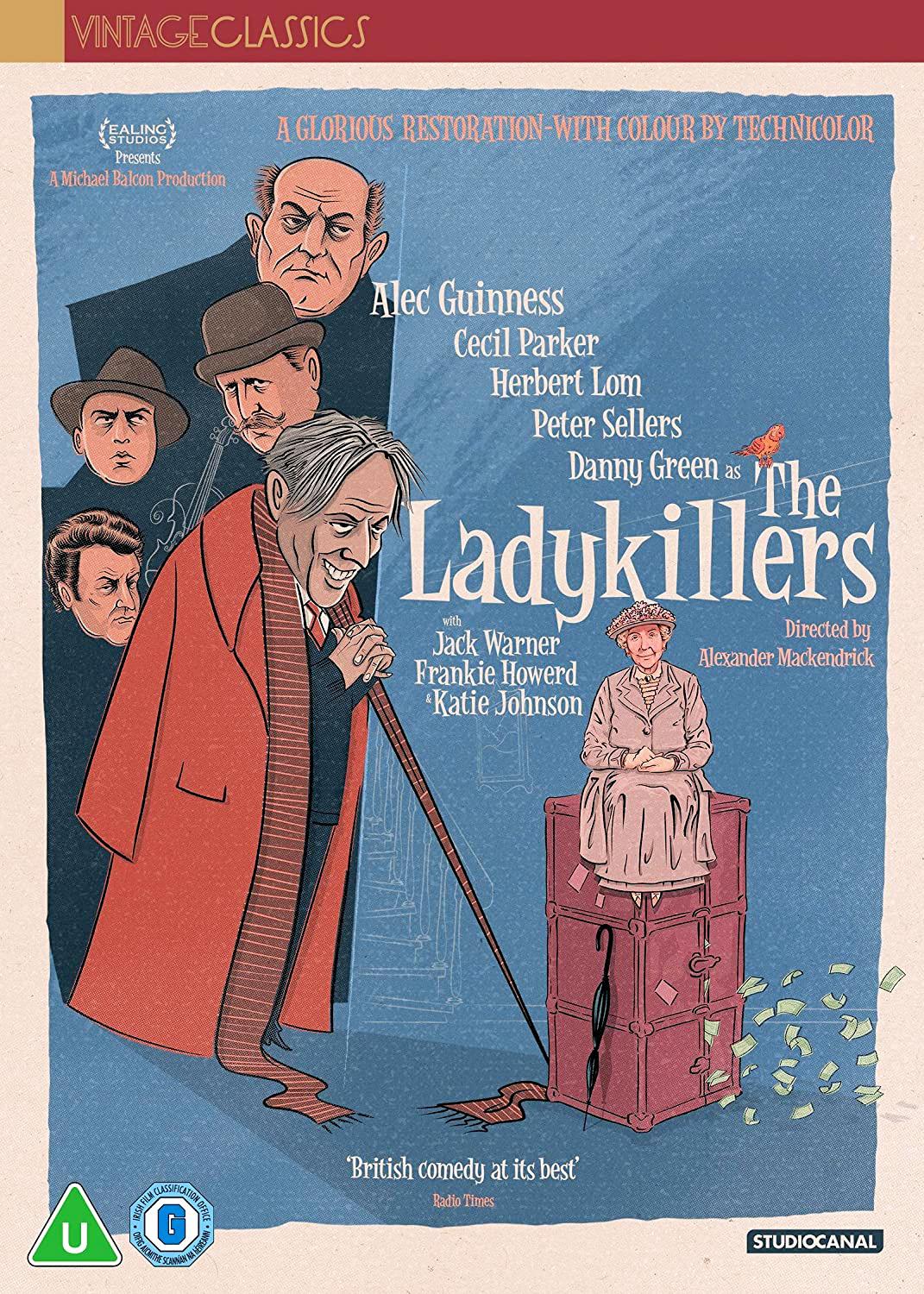 This stunning new 4K restoration of the 1955 Ealing comedy, The Ladykillers, and the first from the original three-strip Technicolor negative, showcases Alexander Mackendrick’s vision in its full glory. Considered by many as the finest British comedy ever made, The Ladykillers follows the hilarious capers of a group of small-time crooks, taking on more than they can handle in the form of their sweet elderly landlord, Mrs Wilberforce (BAFTA award-winning actress Katie Johnson; How To Murder A Rich Uncle).

The criminal gang, posing as a string quartet, are unprepared for their landlord’s meddling when one of the “musicians’” cases gets caught in a door, revealing the group’s true identity. Featuring an impressive all-star line-up, with the finest comedy actors of the day: Alec Guinness (Kind Hearts and Coronets, Lavender Hill Mob) plays the gang’s mastermind ‘Professor Marcus’; Cecil Parker (A French Mistress) is Claude, otherwise known as ‘Major Courtney‘; Peter Sellers (I’m Alright Jack) is Harry, aka ‘Mr Robinson’; Herbert Lom (The Pink Panther) is Louis, aka ‘Mr Harvey‘; and Danny Green (A Kid For Two Farthings) plays One Round, also known as ‘Mr Lawson’. 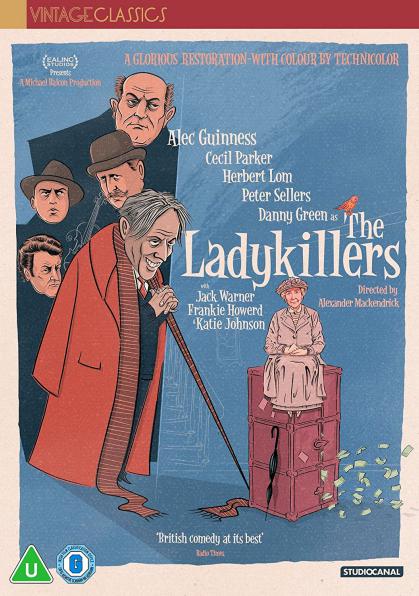