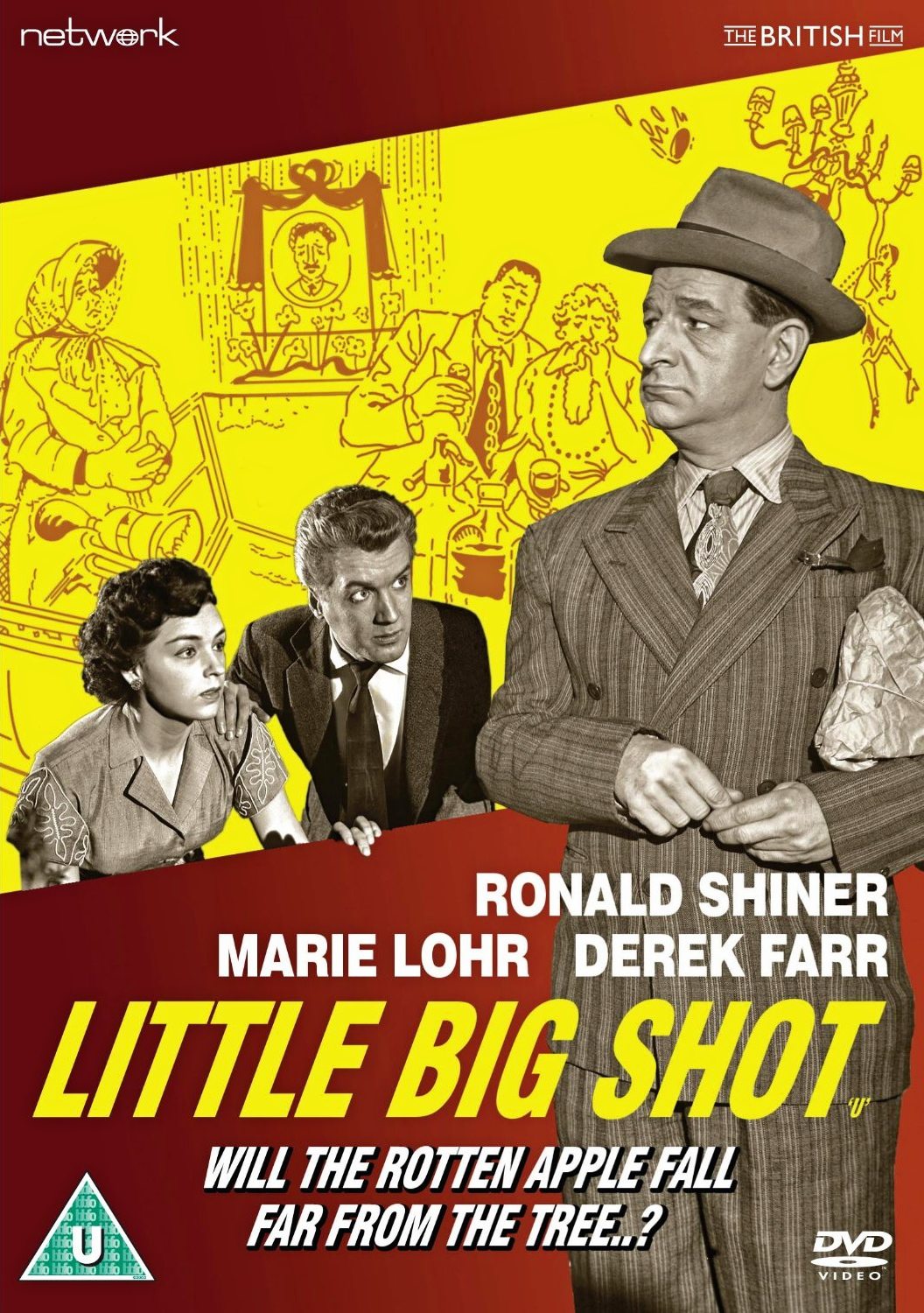 Little Big Shot DVD from Network and The British Film.

Harry Hawkwood is the son of ‘Pa’ Hawkwood, one of England’s greatest crooks, and it’s Harry’s ambition to follow in father’s footsteps and be as good as Dad. Alas! Harry has a kind heart, and it is only out of respect for the old man that his father’s gang tolerates him. When the gang decides to go for the Maddox jewels, and Harry is given the job of ‘inside man’, will his good nature get the better of him once again?

Ronald Shiner and veteran actress Marie Lohr feature among the cast of this whimsical crime caper directed by John Paddy Carstairs, best known for his work with stars such as Frankie Howerd, Jimmy Edwards and Norman Wisdom.

Little Big Shot is featured here in a brand-new transfer from the original film elements. Little Big Shot DVD from Network and The British Film.