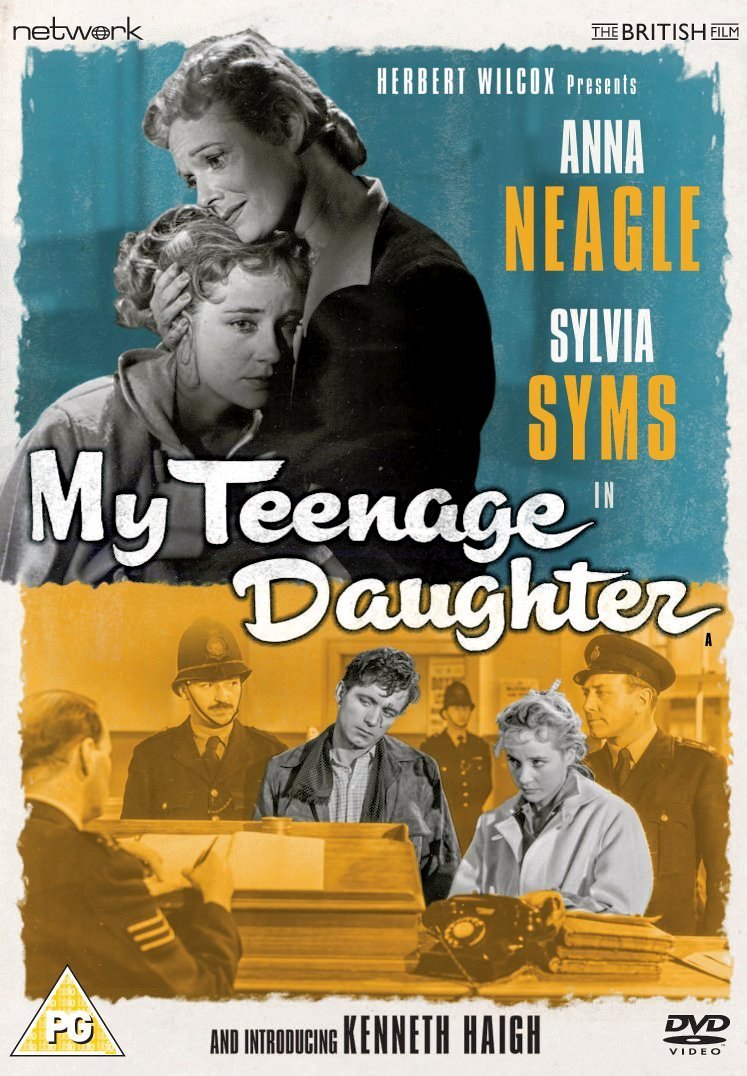 My Teenage Daughter DVD from Network and The British Film.

Another successful collaboration between British screen sweetheart Anna Neagle and her director-producer husband Herbert Wilcox, My Teenage Daughter stars Neagle as a woman who, widowed during the war, struggles to keep her infatuated seventeen-year-old daughter out of trouble; Sylvia Syms is the rebellious young woman whose heart defiantly rules her head and Kenneth Haigh is the dangerous idler who leads her astray.

Boasting a first-class supporting cast, this drama is featured here in a brand-new transfer from the original film elements in its as-exhibited theatrical aspect ratio.

Magazine editor Valerie Carr lives in London with her two daughters Jan, aged seventeen, and Poppet, thirteen. When Jan is invited to a party at the Savoy, she meets dashing young Tony Ward Black, mad about jive, owner of a Bentley, and supposedly running through a legacy. Attracted to the daring young man, she rejects Mark, a young farmer who is in love with her. But it soon becomes apparent to everyone but Jan that neither Tony’s fortune nor even his name may be his own, and her association with him will lead her into delinquency and danger… 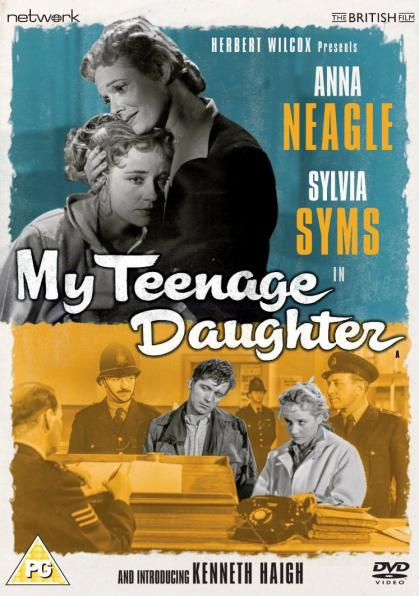 My Teenage Daughter DVD from Network and The British Film.