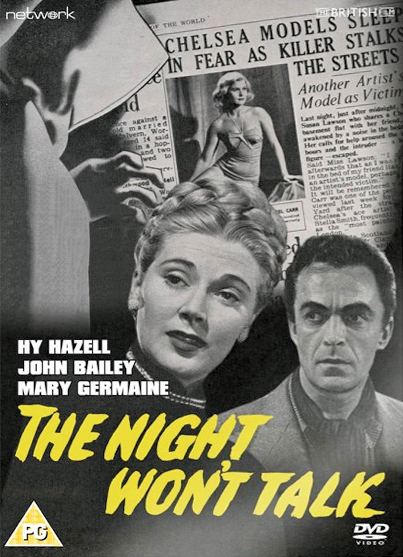 The Night Won’t Talk DVD from Network and the British Film.

The cafes and artists‘ studios of bohemian Chelsea provide the setting for this tightly plotted early-fifties Brit Noir thriller. Starring B-movie favourite Hy Hazell, noted character actor John Bailey and Ballard Berkely Fawlty Towers’ much-loved Major Gowen in the type of detective role for which he was best known during his earlier career, The Night Won’t Talk is featured here in a brand-new transfer from the original film elements in its original theatrical aspect ratio.

London’s riverside ‘village’ awakens to the news that a murder has been committed. The victim, discovered strangled in bed, is Stella Smith, a beautiful young artist’s model. Stella, however, was a girl with many enemies: a deceiver of men who was ruthless in the pursuit of money and her career. While there are many who may have had the motive to kill her, the suspicions of Scotland Yard’s Inspector West are soon narrowed down to just three people… 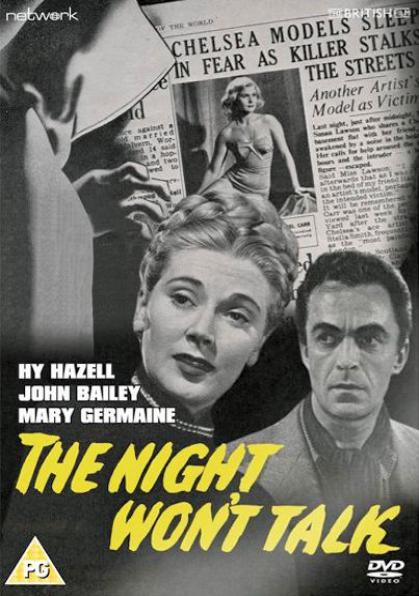 The Night Won’t Talk DVD from Network and the British Film.