For ffolkes’ sake! Made between his shifts as James Bond, North Sea Hijack features Roger Moore on top form as a very different sort of hero.

When a bunch of terrorists led by Anthony Perkins (Psycho, Murder on the Orient Express) threaten to blow an oil rig (and everyone on board) to kingdom come, there’s only one man who can stop them: a woman-hating, cat-loving eccentric called Rufus Excalibur ffolkes (with two small ‘f’s, if you please) – and woe betide anyone who gets in his way.

Backed up by the great James Mason (The Reckless Moment, Evil Under The Sun) and directed by Andrew V McClaglan (The Wild Geese), Big Roger has the time of his life as the tetchy terrorist-buster: it’s not hard to see why the role was one of his favourites. Also known as ’ffolkes’, 88 Films are proud to present a superlative slice of British action. 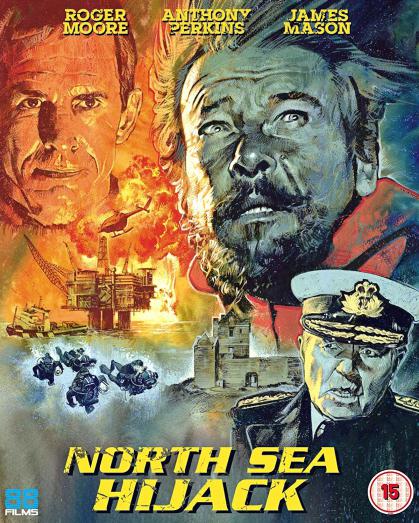