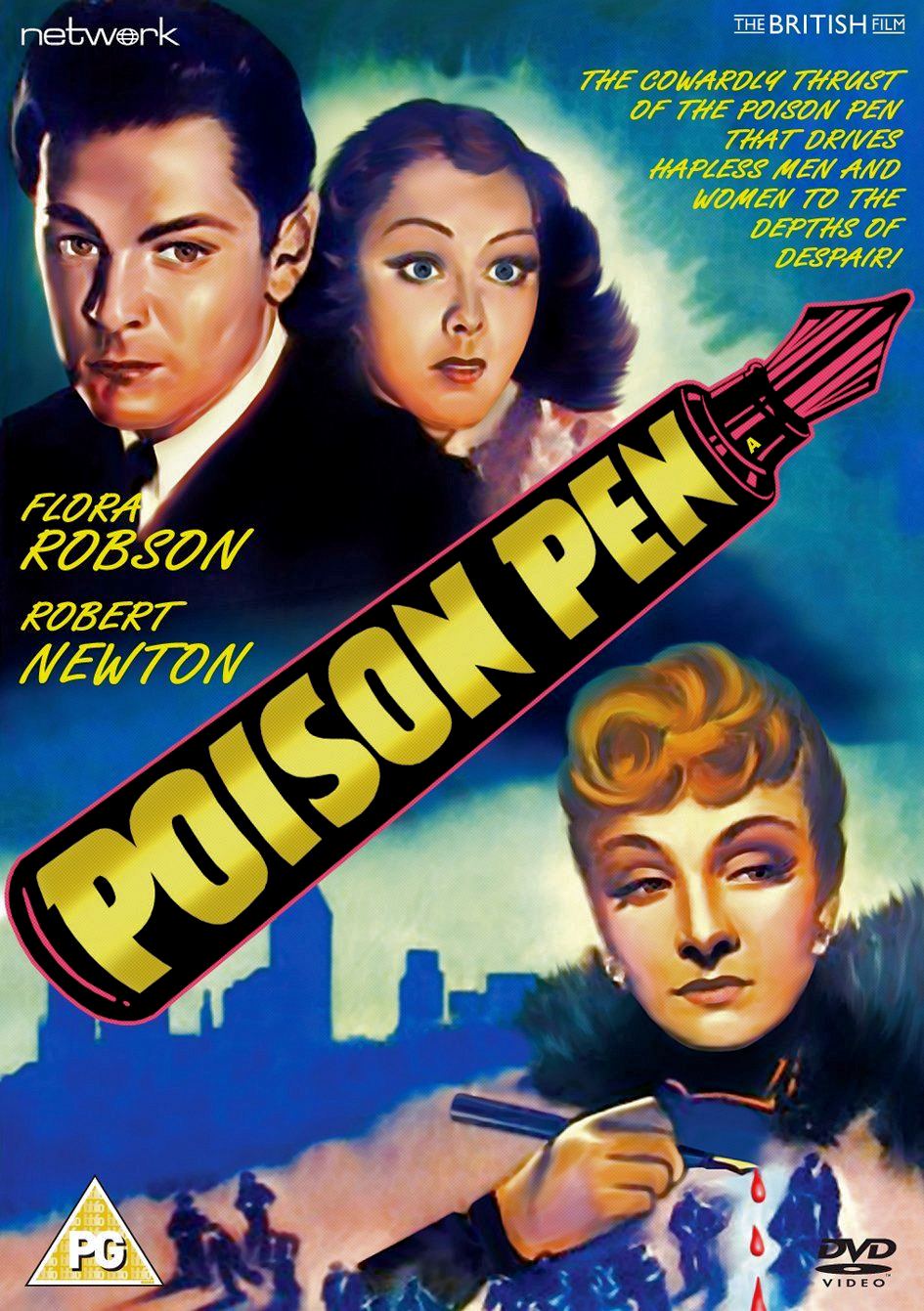 Poison Pen DVD from Network and the British Film.

The placid, harmonious life of a quiet village becomes a hotbed of paranoia and hatred as anonymous letters accusing the villagers of moral and sexual misdemeanours begin to circulate. As speculation and malicious gossip spread, suspicions begin to centre on Connie Fateley, a shy, solitary seamstress; it is only a matter of time before events take a tragic turn…

Adapting a play by award-winning novelist and screenwriter Richard Llewellyn, best known for his classic work How Green Was My Valley, this powerful, highly acclaimed drama explores the darker side of a seemingly idyllic English hamlet. Featuring an outstanding cast, including British screen legends Flora Robson and Robert Newton, Poison Pen is featured in a brand-new transfer from the original film elements in its as-exhibited aspect ratio. 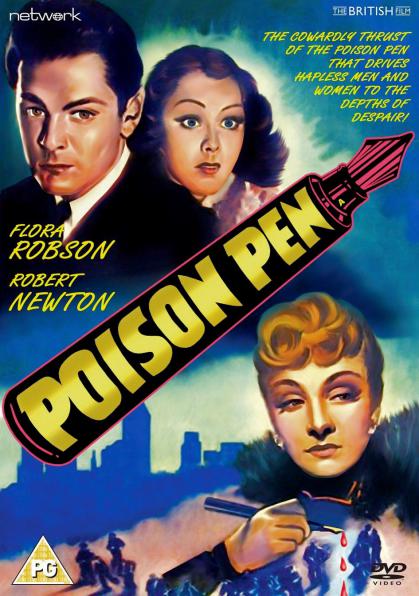 Poison Pen DVD from Network and the British Film.