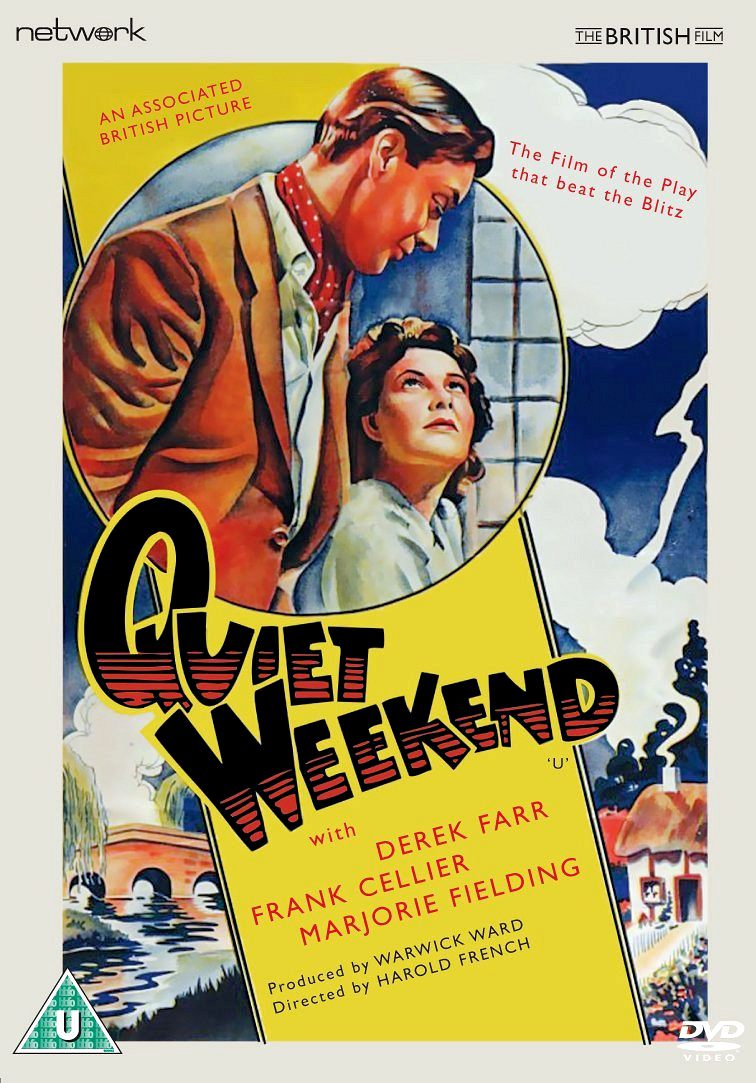 Quiet Weekend DVD from from Network and The British Film. DVD cover features Derek Farr as Denys Royd and Barbara White as Miranda.

Arthur and Mildred Royd invite some friends for a quiet weekend in the country. Among the guests is a middle-aged magistrate too shy to propose to the woman he loves, and young Miranda not too shy at all to show her affections for distant cousin Denys Royd, ten years her senior. The arrival of an abrasive London sophisticate puts the cat among the pigeons, but worse is to come when Arthur and the magistrate find their fishing trip turning into a salmon-poaching spree…

An invitation to a country retreat unleashes hidden passions in this witty adaptation of Esther McCracken’s famous wartime stage comedy. Billed ‘The Film of the Play that beat the Blitz!’, Quiet Weekend reunites Silent Dust‘s Derek Farr with Marjorie Fielding and Frank Cellier, reprising their roles from the 1941 hit Quiet Wedding; released in 1946, it is featured here in a brand-new digital transfer from original film elements in its as-exhibited theatrical aspect ratio. 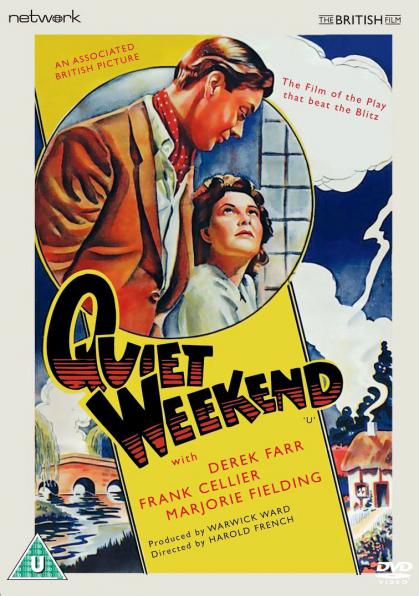 Quiet Weekend DVD from from Network and The British Film. DVD cover features Derek Farr as Denys Royd and Barbara White as Miranda.