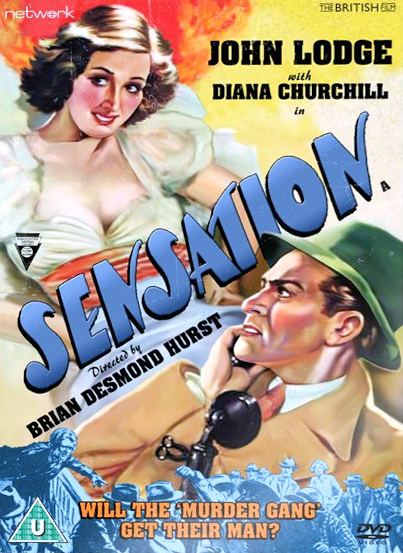 Sensation DVD from Network and The British Film.

An early feature by Brian Desmond Hurst the prolific, acclaimed Belfast-born director whose numerous triumphs include the incomparable Scrooge, Malta Story and wartime epic, Theirs Was the Glory, Sensation stars John Lodge as a brash young reporter who is one step ahead of the police in a high-profile murder investigation.

Hurst and Lodge’s third film together, Sensation is featured here in a brand-new transfer from the original film elements in its as-exhibited theatrical aspect ratio.

Pat Heaton may be the best crime reporter in town but his fiancée Claire, despairing of the more tawdry aspects of his profession, makes him promise to give up the job. When a pretty waitress is found murdered, however, Pat falls in line with the rest of the ‘Murder Gang’, the pack of reporters who gather to glean stories by fair means or foul! 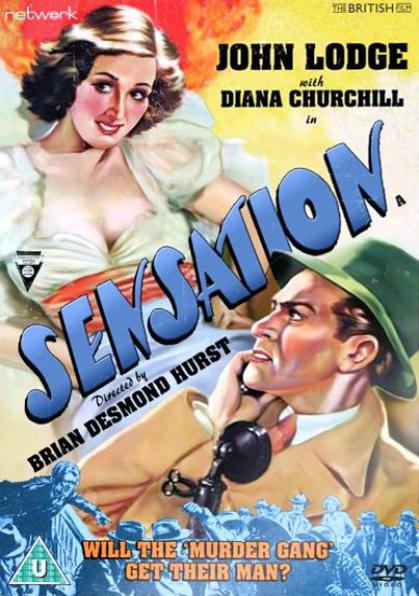 Sensation DVD from Network and The British Film.