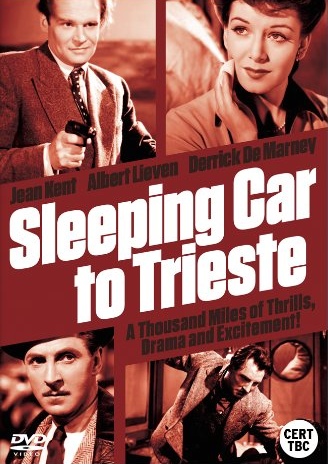 Set in Paris in the late 1940s, Sleeping Car to Trieste is a tense Cold War thriller brilliantly directed by John Paddy Carstairs.

Post-war Europe is in turmoil. Agent Zurta (Albert Lieven) and his beautiful accomplice Valya (Jean Kent) steal a diary with vital Cold War secrets from an embassy in Paris. During the theft, Zurta murders a servant and, to throw the authorities off his trail, enlists the help of Karl (Alan Wheatley). But Karl double crosses Zurta and attempts to makes his escape on the Orient Express. As the train pulls out of the Gare de Lyon in Paris there are some very contrasting characters on board. Zurta and Valya are on Karl’s trail, but he is tucked away in a hidden compartment. As the train hurtles through southern Europe the eclectic bunch of passengers, which includes an adulterous couple and their idiot friend (David Tomlinson), a wealthy autocratic writer (Finley Currie) and a French police inspector, seem determined to foil Zurta in his quest for the diary. As the film reaches its climax, will Zurta and Valya recover the diary and make their escape or will they be captured before they reach the Iron Curtain? 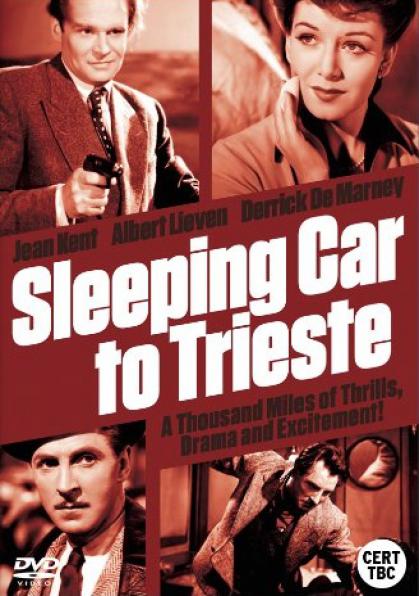