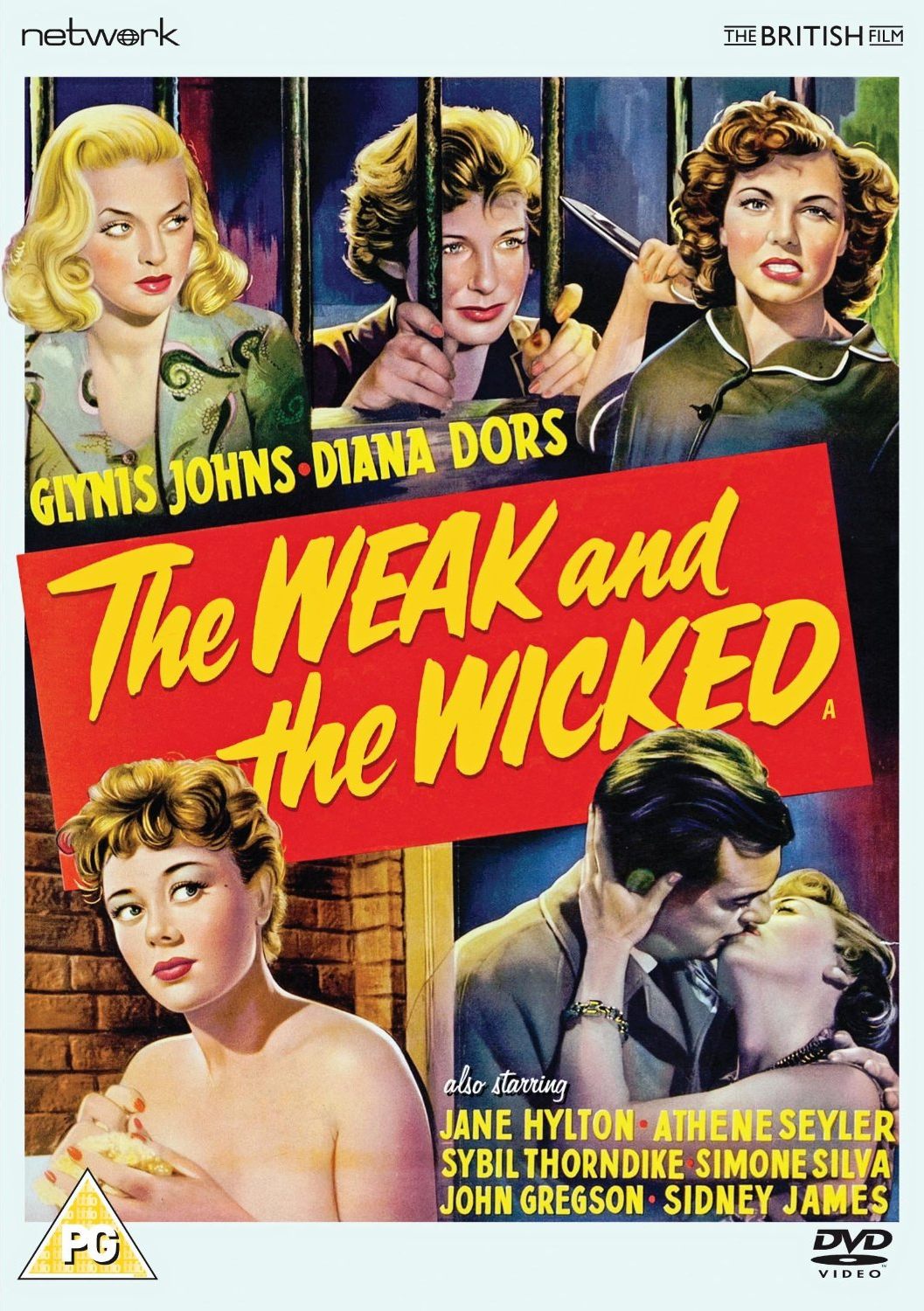 The Weak and the Wicked DVD from Network and The British Film. Features Glynis Johns as Jean Raymond.

Jean Raymond, an upper-class woman with a gambling addiction, is given a twelve-month prison sentence resulting from her inability to pay her debts. At first she is overwhelmingly depressed by life in the women’s prison; gradually, however, her misery is relieved by the many close friends she makes there.

Glynis Johns, Diana Dors and Sybil Thorndike star in this powerful, sympathetic drama tracing the contrasting lives and often faltering progress of the inmates of a women’s prison.

Based on the best-selling semi-autobiographical novel by Joan Henry – a writer and former debutante who further drew upon her own prison experience for the novel and classic film Yield to the Night – The Weak and the Wicked is directed by Henry’s future husband, Oscar-nominated J. Lee-Thompson. The film is featured here in a brand-new transfer from original film elements, in its as-exhibited theatrical aspect ratio. 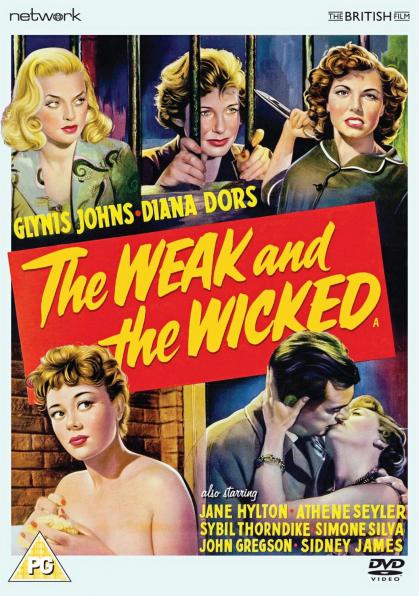 The Weak and the Wicked DVD from Network and The British Film. Features Glynis Johns as Jean Raymond.