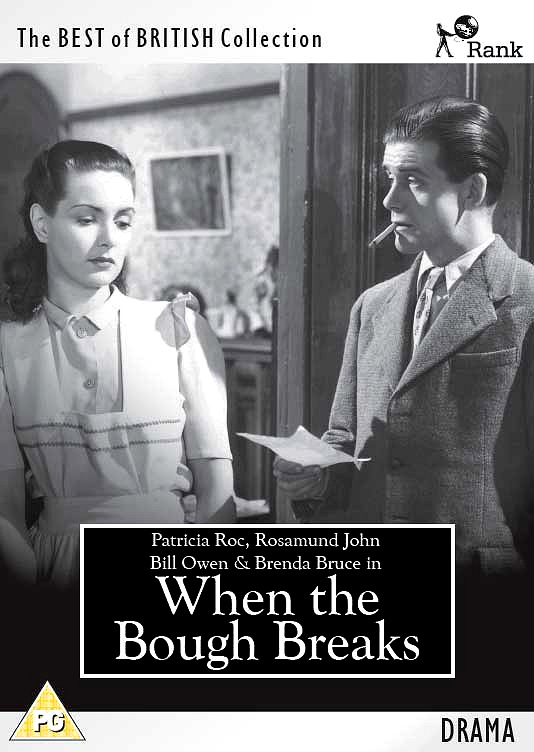 When the Bough Breaks DVD with Patricia Roc and Bill Owen.

The first ever DVD release of this classic British drama.

A young working mother, Lily Bates (Patricia Roc), is nursing her new-born baby in a London maternity hospital when a police inspector informs her that her husband has been arrested as a bigamist. Despite living in a society that frowns upon single mothers, Lily decides to overcome these prejudices and raise Jimmy by herself. But when Lily falls ill she has to leave Jimmy in the care of Frances (Rosamund John), a nursery worker, and her husband Robert (Patrick Holt). As Lily returns to health she reluctantly decides to let the Normans bring up Jimmy as their own. Time passes; Lily moves away; and then falls in love and marries a shopkeeper called Bill (Bill Owen). But the memory of her son Jimmy plays on Lily’s mind, and when it threatens to disrupt their new-found happiness, Bill and Lily decide to search for Jimmy and reclaim him as their own…

Extra features include Best of British Trailers and Booklet Notes 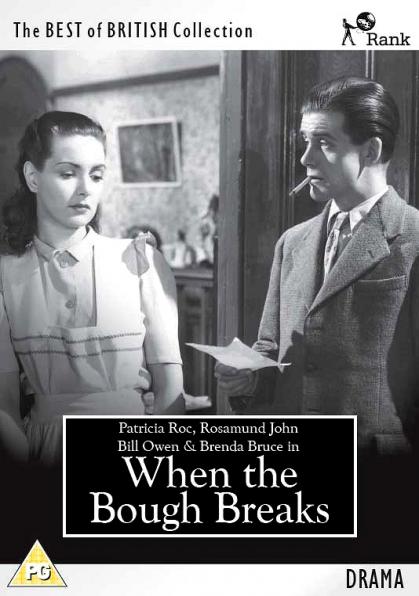 When the Bough Breaks DVD with Patricia Roc and Bill Owen.