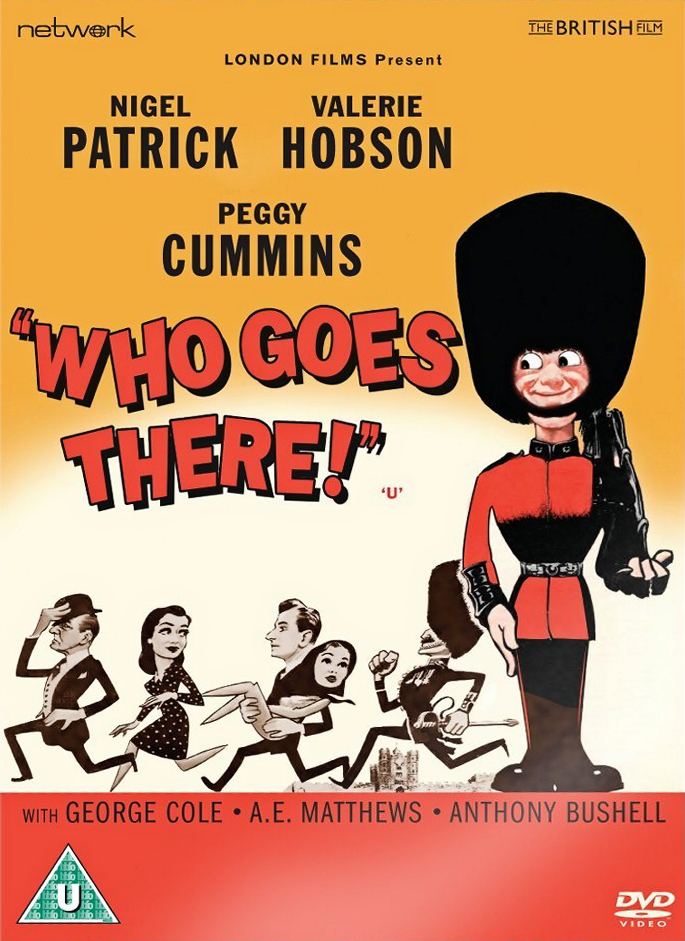 Who Goes There! DVD from Network and the British Film.

United they staggered, divided they fell… Valerie Hobson, George Cole and Peggy Cummins are among the stars of this ebullient, cleverly plotted farcical comedy.

Adapting the stage play by John Dighton, the double-Oscar-nominated playwright and screenwriter whose credits include Kind Hearts and Coronets and Roman Holiday, Who Goes There! (retitled The Passionate Sentry on its American release) is featured in a brand-new transfer from the original film elements, in its original theatrical aspect ratio.

When Miles Cornwall returns suddenly to the home he shares with his father and sister in a grace-and-favour house at St. James’s Palace, he’s amazed to find a pretty Irish girl in his favourite armchair. Intrigued, he turns on the charm but, as she explains her situation, he finds himself unaccountably falling in love with this pretty interloper… 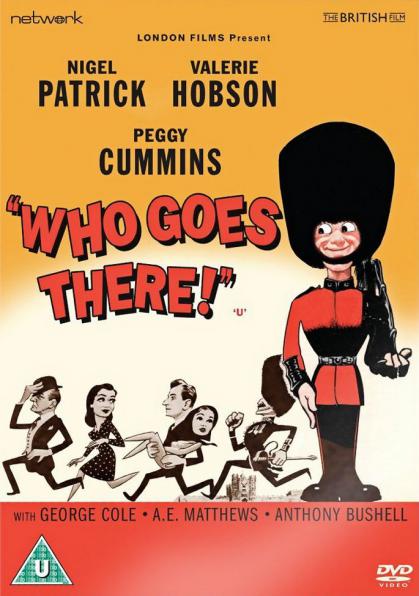 Who Goes There! DVD from Network and the British Film.