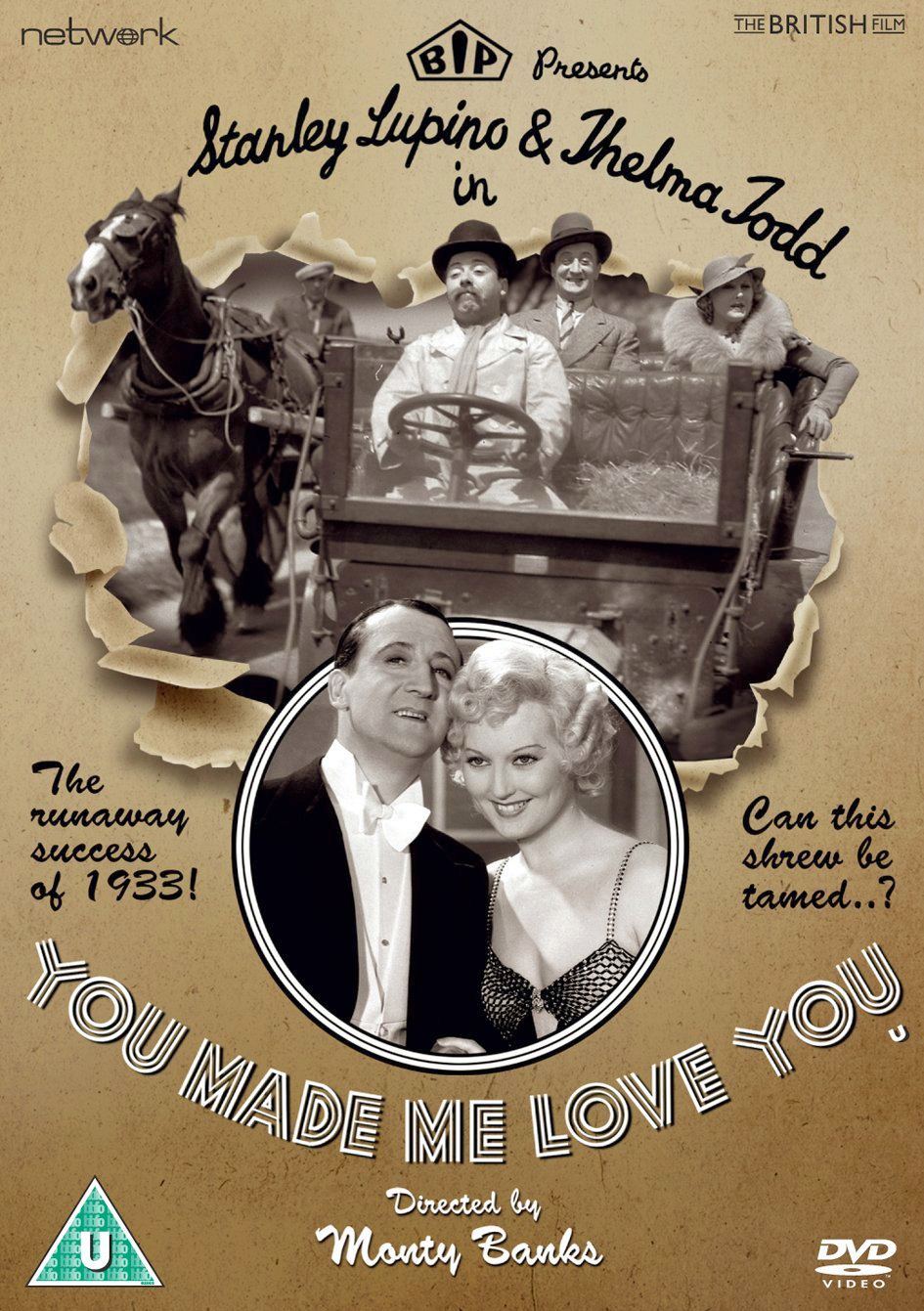 You Made Me Love You DVD from Network and The British Film.

Encountering a captivatingly beautiful young woman in a traffic jam, besotted songwriter Tom Daly is inspired to pen a successful new song, ‘What’s Her Name?’ When Tom tracks down his mystery blonde he finds she’s none other Pamela Berne, a horribly spoilt, fear-inspiring heiress who remains violently opposed to the idea of marriage!

Monkey business abounds in this spirited musical comedy updating Shakespeare’s The Taming of the Shrew to 1930s London, with Stanley Lupino as the young man attempting to tame his formidably feisty bride, leading Hollywood comedienne Thelma Todd. You Made Me Love You is featured in a brand-new transfer from the original film elements, in its as-exhibited theatrical aspect ratio. 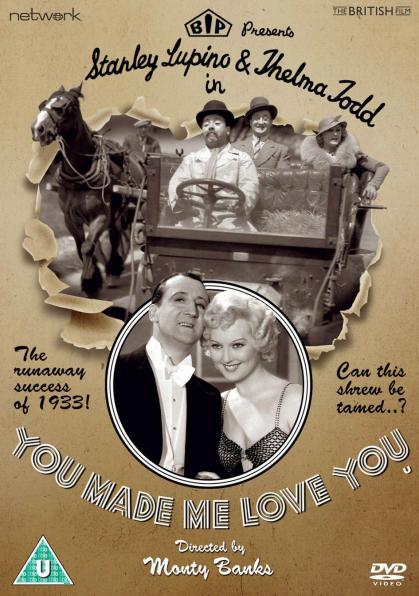 You Made Me Love You DVD from Network and The British Film.