Distinguished British actor of the old school, who in middle age was persuaded to face the cameras and unexpectedly became a star both in Britain and America

Born in London, Arliss presented a gallery of kings, statesmen, rajahs, eccentric millionaires and rather unconvincing hoboes. On stage from the 1890s, in 1901 he accompanied Mrs Patrick Campbell to America, where he remained. Married actress Florence Montgomery (aka Florence Arliss) in 1899. Their son was writer-director Leslie Arliss. 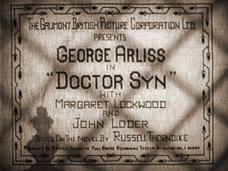