Soap opera about the crew and passengers aboard a North Sea ferry on the triangular route between Felixstowe, Gothenburg and Amsterdam

The definitively awful soap opera, so bad that it was mesmeric. The geometric shape of the title was the route taken (exotic Felixstowe to Gothenburg to Amsterdam) by a North Sea ferry. Kate O’Mara starred as chief purser Katherine Laker. As with Bill Sellar’s previous series, The Brothers, also featuring Kate O’Mara, Triangle mixed bedroom and boardroom. (O’Mara’s purpose as series’ sex symbol was made bare in episode one when she appeared semi-naked). Added to the formula were accidents at sea and customs violations.

At the time, the series was hailed as a breakthrough in drama production, because new lightweight cameras allowed all the filming to be done on location, the ferry Tor Scandinavia. A studio was even built in the ship’s hold for editing. Unfortunately, none of the production team understood that the North Sea is among the world’s roughest and coldest; as a result, the actors always had the green pallor of seasickness, and exterior shots were usually shrouded in mist with the actors and actresses buffeted by the wind. Also, the difference in light balance in the cabins between the interior and porthole exterior was so great that the curtains had to be kept permanently closed. The result was gloomy claustrophobia. 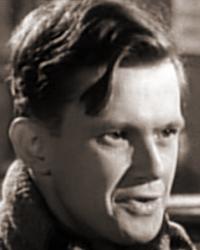 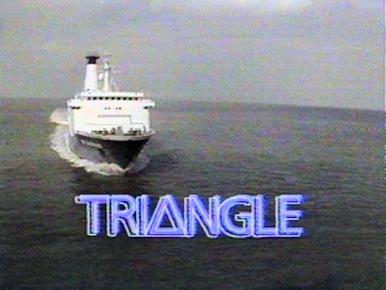