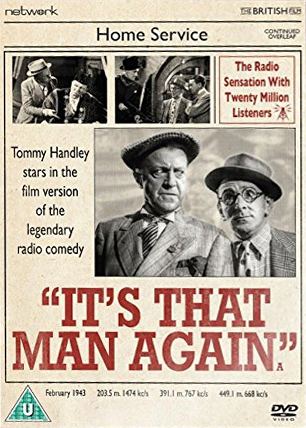 It’s That Man Again DVD from Network and The British Film.

Liverpudlian comedian Tommy Handley reprises his best-loved role in this celluloid spin-off from the phenomenally popular BBC radio show ITMA, a light-entertainment staple that ran for a decade from 1939 and contributed significantly towards morale by bringing much-needed comic relief to a war-weary British public.

Making stars of Jack Train, Dorothy Summers and Sydney Keith, It’s That Man Again is presented here in a brand-new transfer from the original film elements, in its as-exhibited theatrical aspect ratio.

Tommy, mayor of the small town of Foaming-at-the-Mouth, is trying to balance the civic accounts but constant interruptions by his incompetent assistant Sam Scram and nosey charlady Mrs Mopp are severely hampering the job! His troubles escalate, however, when he’s forced to admit that he’s invested all the municipal funds in a crumbling London theatre… 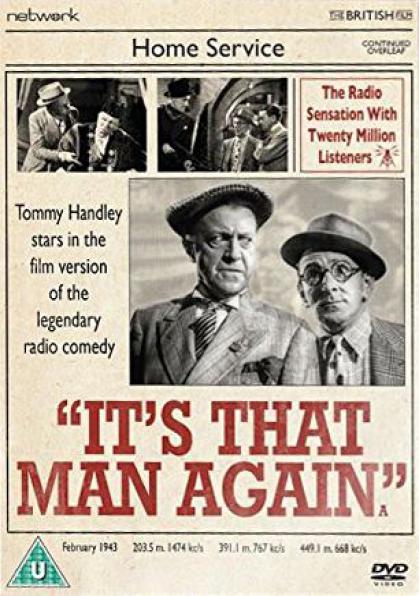 It’s That Man Again DVD from Network and The British Film.