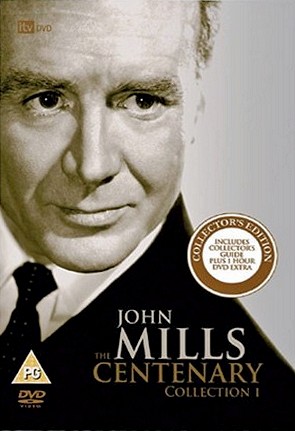 ‘Great Expectations’ (1946) is the classic film version of Dickens’ novel, directed by David Lean, in which orphan Pip (Anthony Wager) befriends an escaped convict before being elevated to higher circles as the companion of mad Miss Havisham and her niece Estella (Jean Simmons), with whom the boy quickly falls in love. When the adult Pip (Mills) discovers a mysterious benefactor has paved the way for him to become a gentleman, he assumes Miss Havisham is responsible.

In ‘The October Man’ (1947), a young man (Mills) is accused of murdering a model. He has to prove his innocence to the police, society and himself, as he has a history of mental disorders that may have made him commit the crime without him realising.

In ‘Morning Departure’ (1950), based on the play by Kenneth Woollard, the crew of a submarine, led by Lt. Commander Armstrong (Mills), is trapped on the sea floor when it sinks. Will they be rescued before they run out of air?

‘Waterloo Road’ (1945) is a story of ordinary people in wartime, which stars Mills as a soldier gone AWOL and Stewart Granger as the cad out to seduce his wife.

Noel Coward co-directed, wrote and starred in ‘In Which We Serve’ (1942), a patriotic piece of World War II propaganda about a destroyer, told through flashbacks and the reminiscences of the surviving crew after their beloved ship is torpedoed. Mills plays Ordinary Seaman ‘Shorty’ Blake.

‘We Dive at Dawn’ (1943) is a World War 2 drama that highlights the characters (all aged only between 19 and 23 years) as much as the actual events. The British submarine Sea Tiger’s crew is looking forward to a long shore-leave after months at sea. This is cut short when they are ordered to pursue and sink the German battleship Brandenburg. The crew’s sub-Commander (Mills) struggles to fulfil the mission despite discovering that the battleship is heavily defended. Along the way Sea Tiger encounters many obstacles and once the crew has attempted to sink the battleship they have to escape knowing that they are about to run out of fuel.

In ‘Flame in the Streets’ (1961) a Union man has to confront the prejudices of his members when a black foreman is appointed, and the members threaten to strike. When he discovers that his daughter (Sylvia Syms) wants to marry a Jamaican he must confront his own prejudices.

In ‘The History of Mr Polly’ (1949), Mills stars as Alfred Polly. Recently sacked from his job, he inherits money from his father, thus enabling him to take a bike tour of the country. He falls in love but it all goes wrong, so Alfred ends up marrying his cousin, Miriam (Betty Ann Davies). They set up a draper’s shop in a small town. Miriam sours, they face bankruptcy and boredom and Mr Polly comes to hate his life. In utter despair he decides to commit suicide, but even this goes wrong and he is forced to take to the road again. 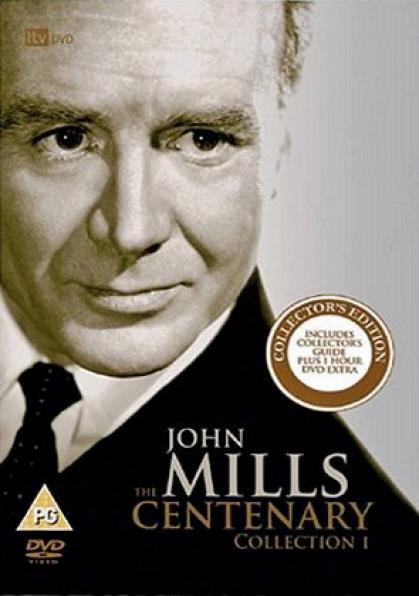