Sid Field’s second film, London Town (1946), is valuable as a record of his sketches; his third, and last, Cardboard Cavalier (1948), a patchy historical farce.

Born Sidney Arthur Field in Ladywood, Birmingham, son of Albert (a canemaker) and Bertha (a dressmaker), Field spent most of his childhood at 152, Osborn Road, Sparkbrook, Birmingham. On the front of the house there is now a commemorative blue plaque that was erected by the Birmingham Civic Society in 1984. The Prince of Wales Theatre in London has a memorial in its foyer that reads:

To the memory of the great comedian Sid Field, who made his first appearance in the West End at this theatre on 18th March 1943 and who played his last performance here on 2nd February 1950.

Sid Field had entertainment in his blood from an early age – as a child charging his friends ‘admission’ to his back garden impression shows. By the age of eight, he was busking and performing to the queues at his local cinema dressed as Charlie Chaplin (once being cautioned by the police for his activities). Few would have guessed that this cheeky eight-year-old would one day be feted for his own comic genius by thousands of fans, including Charlie Chaplin himself, at whose parties Field was a regular invitee.

Field grew up in Birmingham, where he was educated at Conway Road, Stratford Road and Golden Hillock Road Schools, and attended Sunday School at Emmanuel Church, Walford Road. His cousins, ‘The Workmans’, performed in concerts at Moseley Road Swimming Baths in the city, where Sid made his stage debut singing ‘What A Life’ at the age of nine.

His first professional engagement, with ‘The Kino Royal Juveniles’, at seven shillings and sixpence (37p) per week, came in July 1916, after his mother responded to an advert in the Birmingham Mail. He later worked as an understudy to ventriloquist ‘Wee’ Georgie Wood in a Birmingham pantomime; and then appeared in review at the Bordesley Palace and the Mission Hall in Church Road, Yardley.

Sid was unusual among comedy performers of the day, as his act was a multitude of characters and impersonations – at a time when most Variety acts were ‘one-trick ponies’. Despite this comedic and acting flair, it was not until he had completed almost 30 years touring provincial music halls that Field finally broke into the big time, appearing in London’s West End as Slasher Green, the cockney ‘wide-boy’ or ‘spiv’. He became an ‘overnight’ star.

In Strike a New Note (1943), Strike it Again (1944) and Piccadilly Hayride (1946), he had his audiences roaring with laughter, one reviewer commenting that he was the only comedian who had the audience literally ‘falling off their seats with laughter’. He was loved for his routines involving a naive approach to the billiards table and the golf course, played with his straight-man, Jerry Desmonde. (i.e. Desmonde, sternly, as golf pro: ‘Address the ball!’ Field: (trying hard) ‘… Dear Ball …’) His most well-known catchphrase was, ‘What a performance!’

On 5th November, 1945, Field appeared in the Royal Variety Performance. Appearing again in 1946 he became one of the few artists to make an appearance in two consecutive Royal Performances. 18 months later in 1948, Field was topping the bill at the London Palladium, replacing Mickey Rooney.

Field used some of his most famous sketches in the film, London Town (1946) (as Jerry Sanford), and appeared in another film in 1947, Cardboard Cavalier (as Sidcup Buttermeadow), co-starring with Margaret Lockwood.

However, the cinematic world was not Field’s most effective medium – and his films were neither critical nor commercial successes. He was a stage performer and a Variety genius.

It is perhaps because of this lack of recorded material, that Field is now largely forgotten. His films and the few scraps of recorded Variety material that survive belie his comic genius. He inspired a generation of comedians and pioneered the use of character acting in comedy. He was cited as a comic favourite by Cary Grant, General Eisenhower, Bing Crosby, Danny Kaye, Laurence Olivier, Tony Hancock, Eric Morecambe, Eric Sykes, Frankie Howerd and Tommy Cooper, among many others, and he was described by Bob Hope as being ‘probably the best comedian of them all.’

In 1994, the actor David Suchet played Sid Field in a play of his life entitled ‘What a Performance’ at the Queens Theatre, London. This was followed up in October 2011 with Suchet as the presenter of a Sid Field Documentary on BBC Four.

His first straight role came in 1950 in Mary Chase’s play Harvey, (as Elwood P. Dowd, the role played in the 1950 film by James Stewart). On 3rd February, 1950, during the run of this play, Field died from a heart attack at his home in Richmond, Surrey. He was just 45. 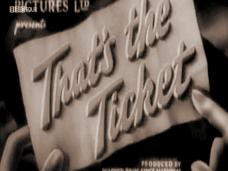 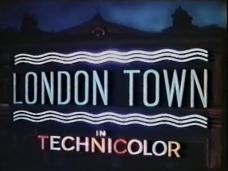 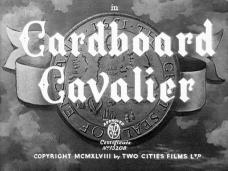