British Musicals of the 1930s Volume 5 DVD from Network and The British Film.

A young musician invents an anti-theft device for cars, but works as a jazz conductor while waiting for his invention to be successful.

London, 1804: as the threat of Napoleonic invasion looms ever closer, a German duke and potential ally of England falls for a pretty ballerina…

Based on Ivor Novello’s hit stage play: an opera singer and her gypsy friends try to rescue their king from the clutches of a would-be dictator.

Unbeknown to each other, a husband and wife acquire separate night-clubs in the same London street; however, both clubs are on the brink of bankruptcy… 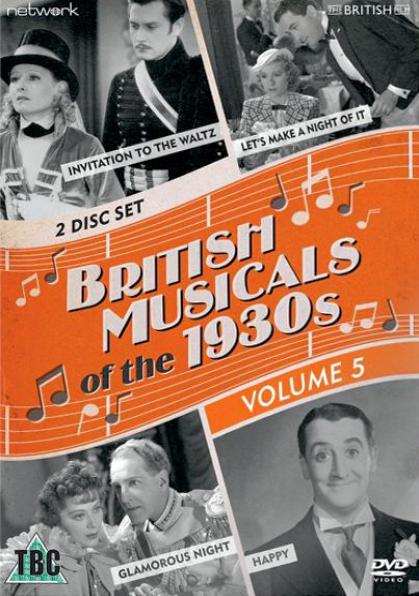 British Musicals of the 1930s Volume 5 DVD from Network and The British Film.