Athletic leading man of the 1950s

Born in London, Anthony Steel had a distinguished army career before being signed by J. Arthur Rank. He became a local star in the prisoner-of-war film, The Wooden Horse, which suited his conventional, square-jawed good looks and military manner, as did his later successes, Albert RN and Storm Over the Nile.

But Steel's career faltered after he married (1956–1959) the second of his three wives, the actress Anita Ekberg, and moved to Hollywood.

He returned to England, but was unable to regain his former popularity; he settled for a time in Rome to appear in forgettable European movies. His later English appearances were in sex films of minimal interest, and he was occasionally seen in TV dramas.

The Master of Ballantrae (1953)
Henry Durie

The Sea Shall Not Have Them (1954)
Flying Officer Treherne

Storm Over the Nile (1955)
Harry Faversham

A Question of Adultery (1958)
Mark Loring 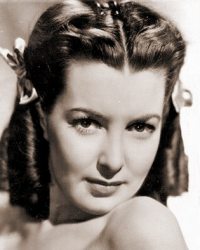