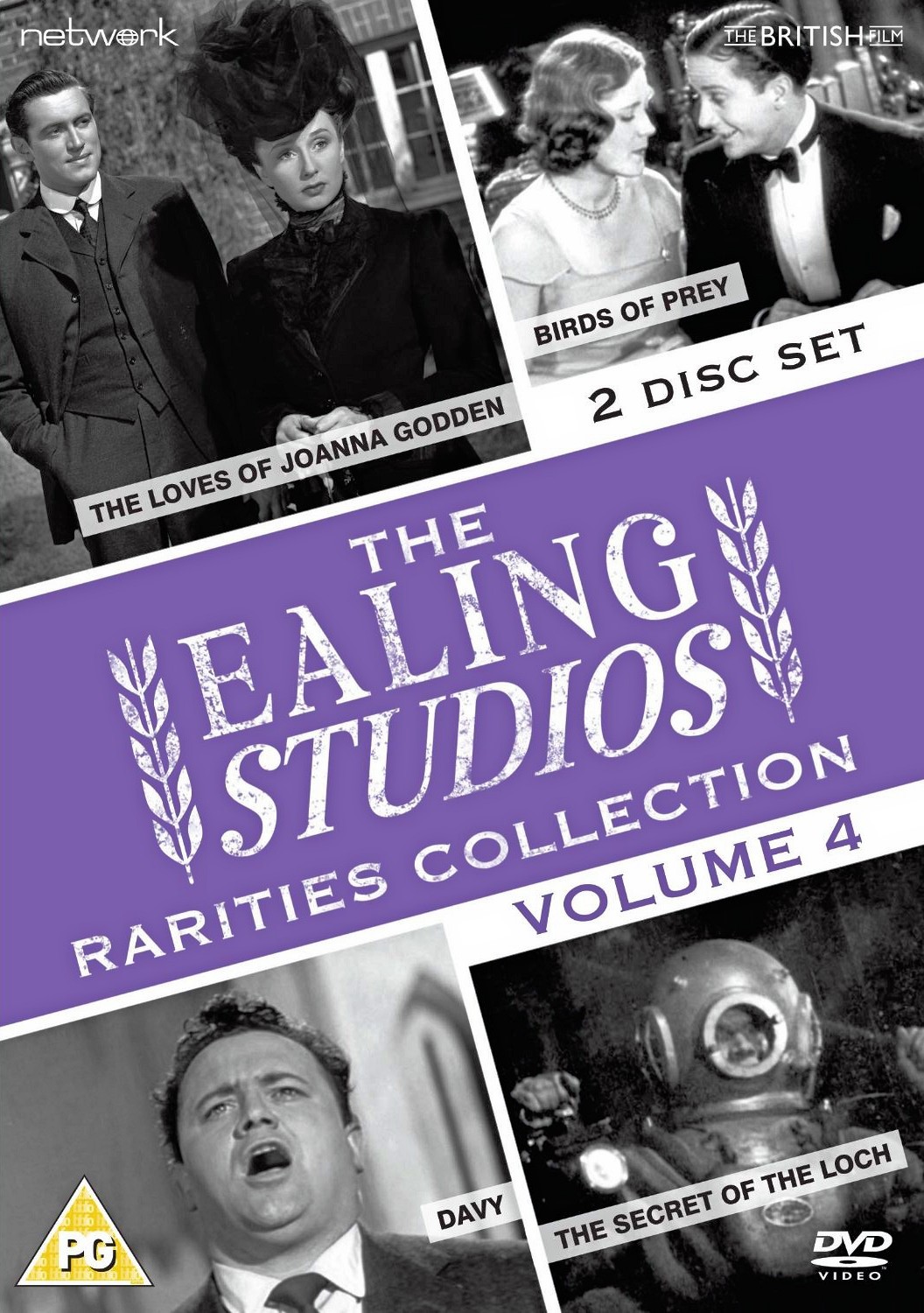 The Ealing Studios Rarities Collection DVD – Volume 4 from Network as part of the British Film collection. Features The Loves of Joanna Godden, Birds of Prey, Davy, The Secret of the Loch

THE SECRET OF THE LOCH (1934) An elderly professor seeks to prove the existence of the Loch Ness Monster. His claims meet with hostility, but one reporter decides to test them for himself. THE LOVES OF JOANNA GODDEN (1947) Googie Withers stars as a young woman who flouts convention by choosing to run the farm she inherited, and by rejecting the man she is expected to marry… BIRDS OF PREY (1930) A former police commissioner becomes the target of a revenge plot by two men he had helped convict years before. DAVY (1957) A young music-hall entertainer aspires to stardom on his own terms, but faces a dilemma as to whether he should go it alone or stick with his family troupe. 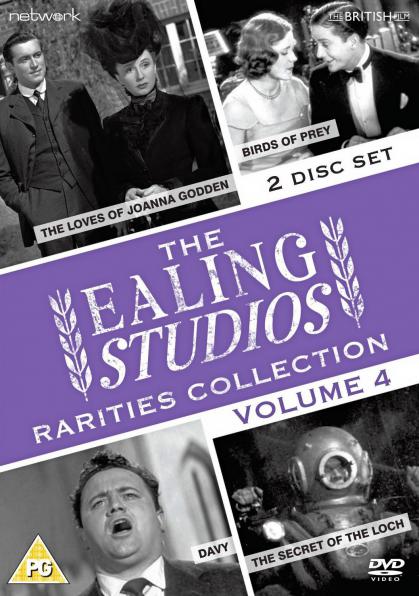 The Ealing Studios Rarities Collection DVD – Volume 4 from Network as part of the British Film collection. Features The Loves of Joanna Godden, Birds of Prey, Davy, The Secret of the Loch