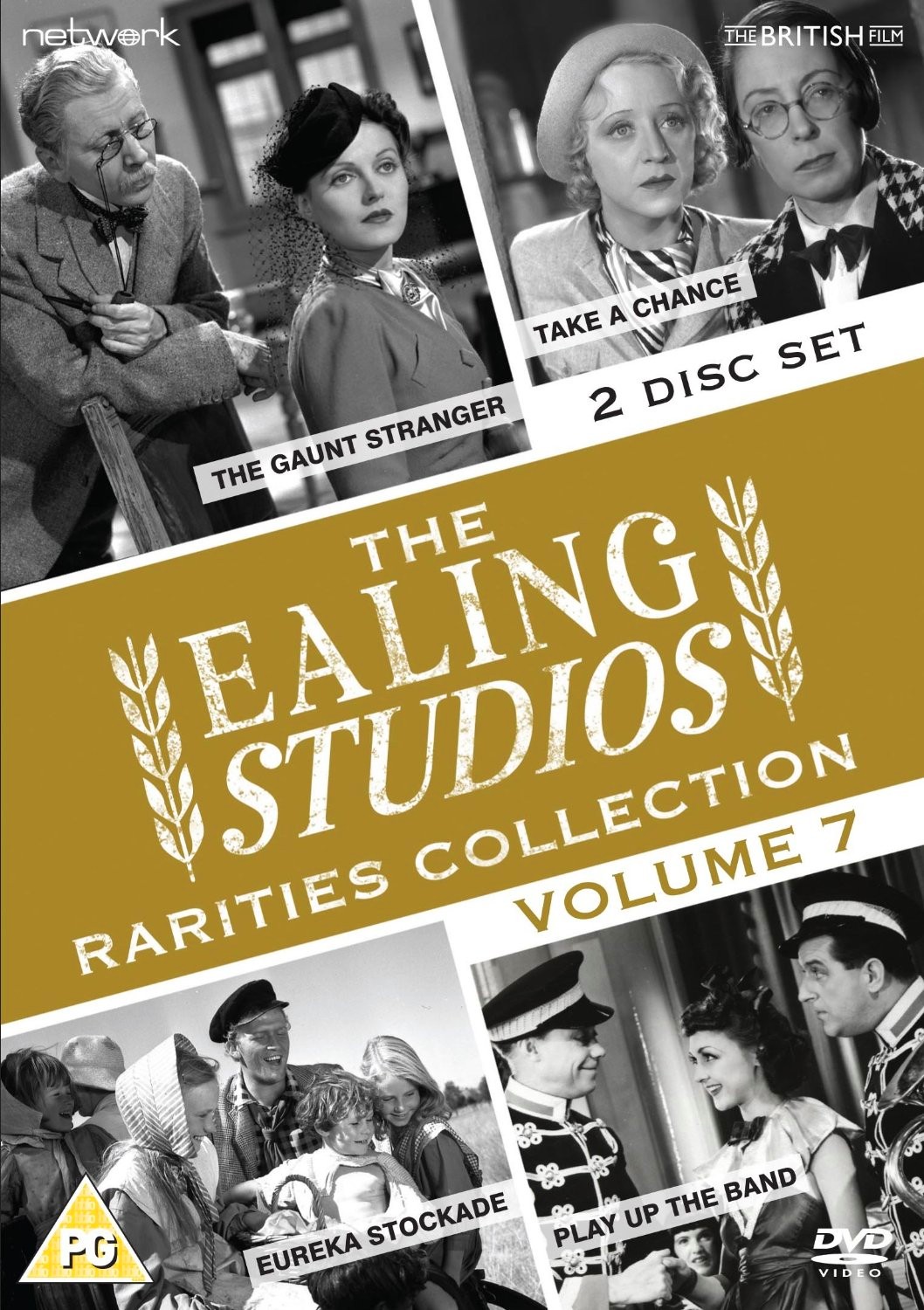 The Ealing Studios Rarities Collection DVD – Volume 7 from Network as part of the British Film collection. Features Eureka Stockade, Take A Chance, The Gaunt Stranger and Play Up the Band.

In the Australian gold rush of the 1850s, the miners’ struggle to gain their rights proves to be a long and bitter one.

Irritated by her husband’s seeming indifference, the wife of a racehorse trainer flirts with a man whose real object is to learn the secrets of her husband’s stables…

A lawyer receives a note telling him that he’ll be dead in 48 hours – and Scotland Yard must work fast to uncover the serial killer known as ‘The Ringer’.

Stanley Holloway stars in the hilariously chaotic chronicle of the Heckdyke Steam Wagon Works Brass Band’s attempt to get to the Crystal Palace band contest. 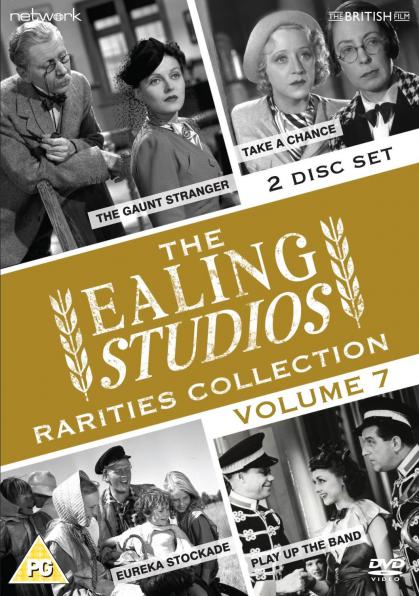 The Ealing Studios Rarities Collection DVD – Volume 7 from Network as part of the British Film collection. Features Eureka Stockade, Take A Chance, The Gaunt Stranger and Play Up the Band.